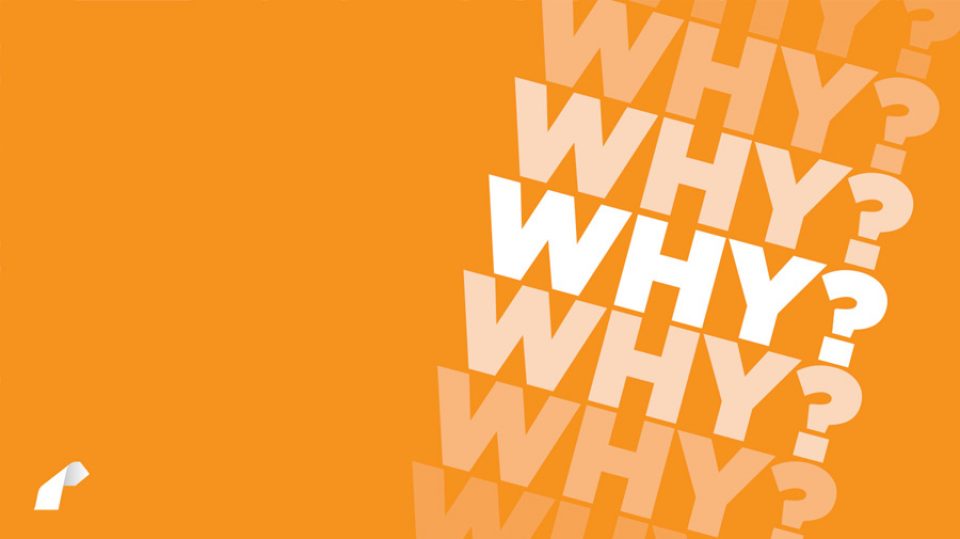 When something goes wrong within the pharmaceutical industry, determining the root cause can seem daunting.

Why is my drug product not living up to its expected shelf-life?

Why is equipment not passing cleaning specifications?

Why are employees not following SOPs?

These are just a few examples out of myriad quality assurance issues that can crop up, but they all have one thing in common; the question ‘Why?’ And surprisingly, determining the root cause can come down to just asking this simple question five times in a row.  This is known as the Five Whys technique, and it is a quality assurance method used across industries, within companies that adhere to Six Sigma methodology.

The technique involves starting out with your problem statement, asking ‘Why?’, and then repeatedly asking ‘Why?’ to each answer that you get in turn. It is quite similar to peeling an onion, removing layer after layer to get to the core cause. The best way to see how the technique works is through an example, so let’s tackle one of the quality assurance issues above.

Problem statement: My drug product is not living up to its expected shelf-life.

The product is failing assay specifications. A year after manufacture, the API is comprising 94.2% of the drug product, whereas the acceptable limits are 95.0-105.0%.

The API is degrading. Laboratory testing shows a proportional increase in impurities.

The API is degrading due to UV exposure – chemical pathways show that the impurities formed are photodegradation products.

The product is being exposed to light.

The packaging is not appropriate for the product. It is clear PVC packaging, and should be changed to an opaque material such as aluminium.

In five steps, we’ve drilled down to the root cause of the problem and know that we need to change our product’s packaging to extend its shelf-life.

Clearly, this issue is likely to crop up in the development stages of a product, but the same technique could be applied should batches unexpectedly fail stability limits further down the line. The number five is a rule of thumb – some issues might require further ‘Why?’ repetitions, and some fewer, depending on their complexity. Sometimes, there is more than one possible answer to a ‘Why?’ reiteration, and in these cases the Why analysis should branch to form a tree, as seen below. Failures in cleaning specifications, which were mentioned earlier on, are likely to follow this pattern – for instance branching into whether the failure is due to the cleaning technique or due to equipment design and materials of construction. Similarly, the Five Whys technique can also be combined with fishbone diagrams, which are used to explore all potential causes that could have led to an issue occurring. In such cases, the Five Whys technique is used to determine the root cause of each input on the skeleton.  In fact, this combination would come in useful for stability failures which happen further down the line in a product’s lifecycle, and aren’t as clear cut as the development example previously given. Illustrating with the fishbone diagram above, there are a number of factors which could have led to Defect XXX, either singly or combined. One of the ‘bones’ is environment, with humidity and temperature as possible contributing factors. The Five Whys analysis would be used here just as it was used earlier to determine the stability failure’s root cause – reiterating the question ‘Why’ until the possible root causes of both humidity and temperature contributions are identified, or until these can be discarded as contributors. This would be repeated for each possible input in turn, to ultimately determine the actual contributing factors and the root causes of each.

Therefore, the Five Whys technique can become quite complex or remain simple, depending on the specific situation. However, regardless of the eventual complexity, your best starting point when you want to determine the root cause of an issue is the question ‘Why?’